Fact or Fiction: Battle of Britain

The Battle of Britain – A Victory of the “Few” over “the many?” 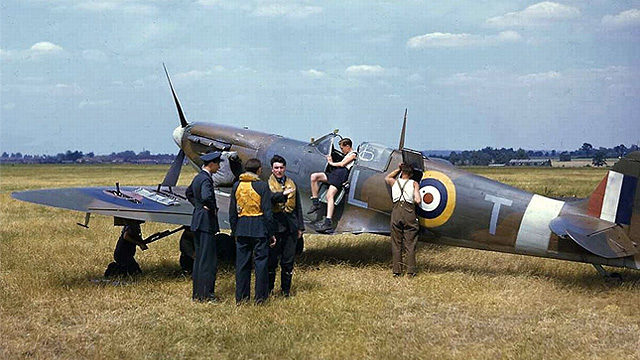 Often portrayed and as the “Few” against “the many”, the fighter pilots of the RAF were not the sole reason for victory during the summer of 1940. The Battle of Britain was a struggle between a well prepared fighter force equipped with a revolutionary air defence system pitted against a large, well trained air force designed for battlefield support and not strategic bombing.

British radar has often been sighted as ‘the secret weapon’ that won the battle. As important as radar was, the RAF’s true advantage was in the Filter Room. British radar was not effective in resolving and locating targets. The Filter Room was able to collect and organize the numerous overlapping radar plots from various stations into one clear picture and dispatch the appropriate fighter resources.

The Germans never had a clear picture of what they were up against.

In terms of aircraft numbers the battle is often portrayed as the mighty Luftwaffe with roughly 3,000 aircraft pitted against the smaller RAF Fighter Command with just over 700 single seat fighters.

Britain’s air defence system proved to be the force multiplier the Germans couldn’t hope to match.

The results speak for themselves. Fighter Command’s frontline strength grew from 500 Hurricanes and Spitfires in January 1940 to more than 1,000 by August. Could the Luftwaffe have achieved victory in 1940?