The Life and Times of Brig. Gen. Paul Tibbets

The Life and Times of Brig Gen. Paul Tibbets 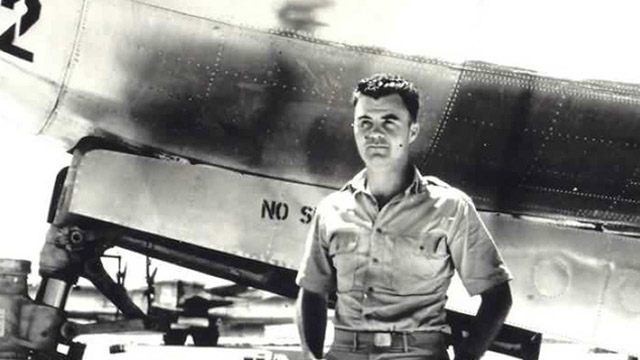 Paul Tibbets holds the distinction of being one of the most famous pilots in history. From when he first flew in a plane at a carnival at twelve years old, it seemed that destiny drew Paul Tibbets to the air. In his teens, he took private flight lessons in Miami while studying at the University of Florida. Then, at twenty-two, Tibbets enlisted in the army and was sent to Texas for flight training. This was to be his profession then – part of the new breed of young men who saw their future in the skies. By the time he graduated, the storm clouds were already gathering over Europe. America still remained neutral in the brewing conflict, but all that changed when Japanese forces struck Pearl Harbour.

Tibbets’ path in the European and Pacific theaters can be found in our three-part documentary about his life. Needless to say, a storied career in the USAAF culminated in him piloting the Enola Gay, used to drop the first atomic bomb in human history, one fateful day in August of 1945. In the wake of the Hiroshima mission, Tibbets and his crew received honors from the Army and widespread media attention. Tibbets was awarded the Distinguished Flying Cross immediately upon landing.

Following the end of WWII, Tibbets stayed on in the USAAF (soon to be USAF). He served at an advisor for Operation Crossroads – the nuclear tests at Bikini Atoll. Over the coming years Tibbets continued to rise within the ranks, including being placed in charge of developing the future direction of USAF bombers. He was intimately involved in the development and flight-testing of the B-47 Stratojet. Paul Tibbets’ career would take him to increasingly senior postings in France, to the Joint Chiefs of Staff and finally to India, where he served as military attache.

Tibbets retired from the USAF in 1964 with the rank of Brigadier General, having served for over thirty years. Tibbets stayed in the field of aviation, however, being a founding member of Executive Jet Aviation along with Curits LeMay and Jimmy Stewart. He served as President for over a decade, from the mid 1970s to the late 1980s.

One thought on “The Life and Times of Brig. Gen. Paul Tibbets”