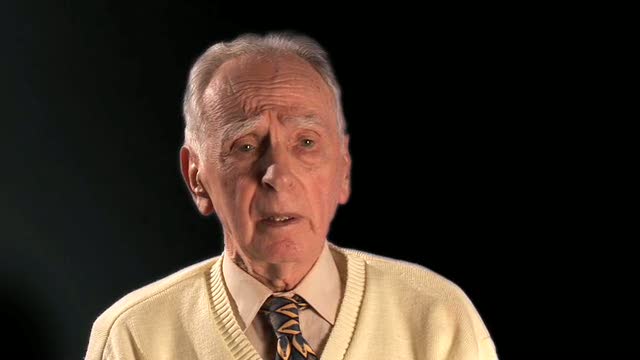 “It is like drug withdrawal, I imagine. You become a nuisance to your wife after you stop flying. You run around rather demented, not sure what to do with yourself. It really does have a rather powerful effect on you, because you had formerly led this high-intensity, active life.

While the end of Capt Eric Brown’s flying career may have seemed like ‘withdrawal’, his amazing success in the air was not an addiction, but a love and commitment to the craft of flying that pushed him to become the world’s best pilot.

No test pilot in history has amassed a track record to compare with that of Captain Eric Brown. During his 31 year career with Britain’s Royal Navy including a stint during World War II as the chief test pilot at the Royal Aircraft Establishment in Farnborough, Brown flew an astonishing 487 different types and made an amazing 2,407 carrier deck landings according to the GUINESS BOOK OF WORLD RECORDS. In fact the number of aircraft he actually flew is considerably higher. If one considers that ‘a type’ like the Spitfire is considered as one, than the all different the marks of Spitfires and Seafires Capt. Brown flew only adds to his total.

During his career, Captain Eric Winkle Brown had the opportunity to test both jets and world’s most powerful and terrifying piston-engine aircraft. For him the jet age represented a quantum leap in aviation technology. “The jet is the much better aircraft because it is basically an engine with many, many fewer moving parts than piston-engine aircraft, so therefore it must be fundamentally more reliable.”

During the war he also had the unfortunate opportunity to stare evil in the face. His ability to speak German led him to the newly liberated Bergen-Belsen concentration camp. There he encountered the former camp commandant and his assistant. He later remarked; “Two more loathsome creatures is hard to imagine.”

Capt. Eric Brown’s last flight was in 1994. Now in his mid-nineties the only aircraft Brown pilots are in computer simulators. Today Capt. Brown spends his days as an international university lecturer and consultant.

And what does Capt. Brown attribute his remarkable survival – his small stature and ability to “curl himself up in the cockpit”.